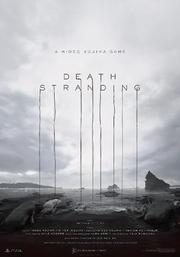 Death Stranding is an action video game developed by Kojima Productions and published by Sony Interactive Entertainment for the PlayStation 4. It is directed by Hideo Kojima – the first game he and his reformed studio have worked on since the disbandment of Kojima Productions as a Konami subsidiary in July 2015. The game was officially announced during Sony's E3 2016 press conference. 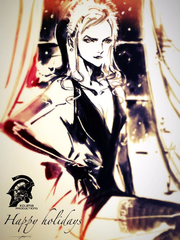 Kojima Productions released artwork of an unidentified blonde woman by Yoji Shinkawa in December 2015, created in celebration of the holiday season.