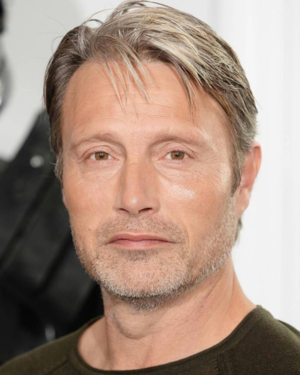 Mads Mikkelsen is a Danish actor and cast member of Death Stranding. He portrays the unidentified soldier, a character confirmed to be an antagonistic rival figure in the game.[1] However, Mikkelsen has pointed out that, "The characters are very dualistic in [Kojima's] games: There is no such thing as a bad guy or a good guy in his games."[2]

In an interview with Birth.Movies.Death., Mikkelsen revealed that though he understands some of Death Stranding's intended message, much of what Hideo Kojima has told him regarding the game still puzzles him.[3] He has described Death Stranding as a "labyrinthine game" of which he has seen nothing like before, with a story "completely out of this world".[2]