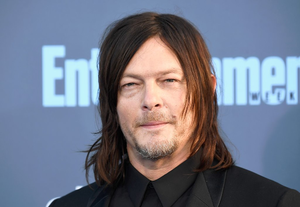 Norman Reedus at The Game Awards 2017

Norman Reedus is an American actor, filmmaker, photographer, writer and artist based in New York City. He portrays an integral character in Death Stranding named Sam. The game will be Reedus' second stint with Hideo Kojima, his first being a canceled reboot of the Silent Hill video game series.

In the early days of Death Stranding's conception, Reedus was told by Kojima that the game would make people cry; that gamers wouldn't simply be playing as him, but would ultimately become him, much to the actor's amazement.[1] Kojima has additionally been quoted saying, "This game [Death Stranding] will show a different side of Norman Reedus than fans of The Walking Dead might expect."[2]